Buying a car, whether brand new or used can be a very exciting time, especially if you’re a young consumer buying your first ever vehicle. What should be a stress-free and easy purchase, if you’ve already decided on the car that suits you best, usually ends up being a long, drawn out process. The used car market often has very desirable options that on paper and even the photos that dealerships post online seem to be great deals. However, this isn’t normally the case as with automotive purchases you never buy a car sight unseen.

Before eventually buying a brand new 2019 VW GTI, I spent weeks visiting dealerships’ used car lots to try finding my next car. What I saw stunned me, and has forever changed my outlook on car buying and was certainly an experience that for future purchases, if I decided to buy used, will require a list of what to look for before even considering to sit at a negotiating table. So here’s a few basic things I learned from my recent car buying experience that will help young consumers, especially if you’re on your own or don’t have connections to a trusting mechanic or an experienced friend who knows the ins and outs of car buying. 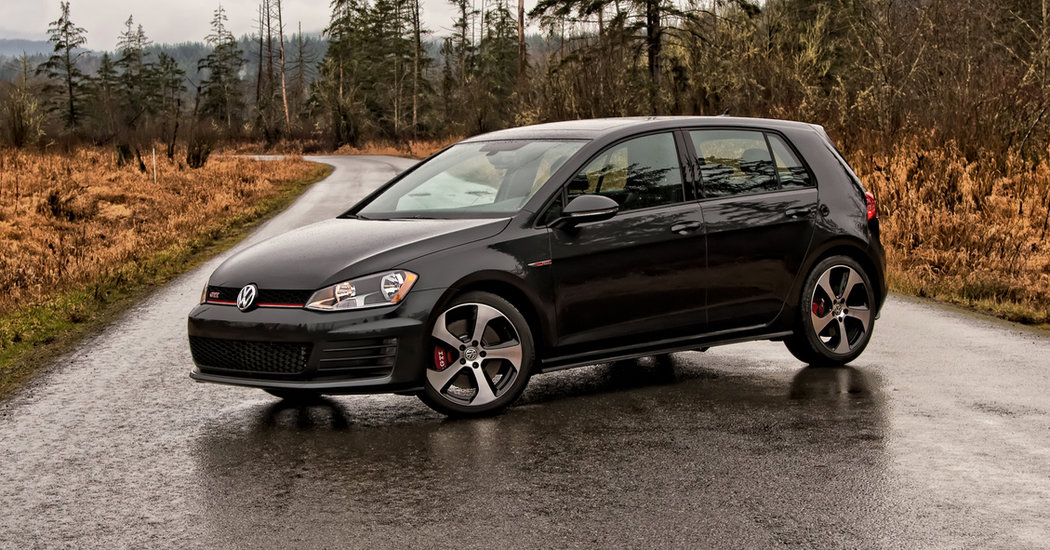 For over a decade CarFax has branded themselves as a service and website to help bring transparency to used car buying. While it’s a great tool that can steer you in the right direction and keep you away from cars that have been in accidents, are lemons, or have salvage titles, many cars fall through the cracks. A vehicle may be “clean” on the outside and no accidents have been reported, but day-to-day wear and tear or even minor cosmetic damage will not show up on the CarFax.

In conjunction with CarFax reports, dealerships will sell Certified Pre-owned cars that are still under factory warranty, which together make these cars appear to be ideal purchases. However, this is where deception comes into play as dealers boast a 120 point inspection. Yet from personal experience, a vast majority of the VW GTI’s I saw in person clearly weren’t inspected, or at least from a customer’s perspective fell short of expectations from a car you assume is clean.

One GTI SE that checked all the boxes appeared to be “the one”. Lighting and performance packages were equipped on the car, and being an SE it had leather seats and a power moonroof. With a friend, we drove 70 miles to the dealer and feeling excited, I truly believed I was walking out of the showroom with a deal that day. I should note that even in the pictures the dealer provided on the website, the steering wheel was worn out a bit, which I was a little concerned about since the car only had 36k miles on the odometer.

When we arrived, the car was cleaned and prepped (called the dealer before hand, never do this for a used car) and at least on the driver’s side of the car everything looked good. However, when we did a personal inspection, on the rear quarter panel of the passenger side there was a sizable dent that was alarming to find. There was minor curb rash, but that was on par with most GTI’s I had looked at. In person the steering wheel was more worn out than the pictures had shown, and looking at the engine bay there was a disturbing amount of engine corrosion that shouldn’t be present on a three year old car with less than 40k miles. I’d argue that to some degree a “Clean CarFax” and Certified Pre-Owned for this vehicle was false advertising. This car was abused, and just from the cosmetic damage alone, I had to walk away from that GTI.

Never Call The Dealer Before Arriving To Check Out The Car

Mentioned above with the first GTI, you should never call the dealership to see if the car is still available. Now, for the GTI 70 miles away it was necessary just from the standpoint that it was an hour and half drive and it would have been a wasted trip if the car had sold. Since the car was prepped and cleaned when we arrived, it was more difficult to find scratches in the paint, and from a few feet back the car looked almost in showroom condition. That clearly wasn’t the case as we got closer to inspect the exterior, and as I said earlier, the rest is history.

On the same day, my friend and I were driving back to the Boston area when another potential prospect crossed my radar and we decided to make another trip to a local VW dealer. Making sure it was available, we called while on the highway so that we weren’t going to waste more time. This proved to be a mistake as it gave the dealer time to plan what would be the worst scheme to try getting me into a bidding war with another “interested buyer”.

You’ve probably heard the famous line, “someone else is interested in buying the car”. It’s a lie. After test driving the cleanest GTI I had come across in weeks with no curb rash and almost spotless interior, the other “potential buyer” magically showed up. What tipped me off immediately was when the sales rep handed him the keys and he drove off without a dealer employee in the car with him. Dealers never do this, which is why the fake customer was an employee who wasn’t wearing branded clothing. After about 10 minutes the other “buyer” shows up and is ready to “bid” which was an attempt by the dealership to pressure me into buying that day.

Despite this GTI being clean with 17k miles on the odometer and right around $21k, I left for a number of reasons, with being disrespected at the top of the list of why I walked away. Never let your emotions get the best of you, and don’t fall into these traps dealers use if they suspect you’re young and inexperienced. Luckily for me, I’m accustomed to the auto industry and wasn’t phased or felt pressure to make a deal, but best of all, I wasn’t taken advantage of. 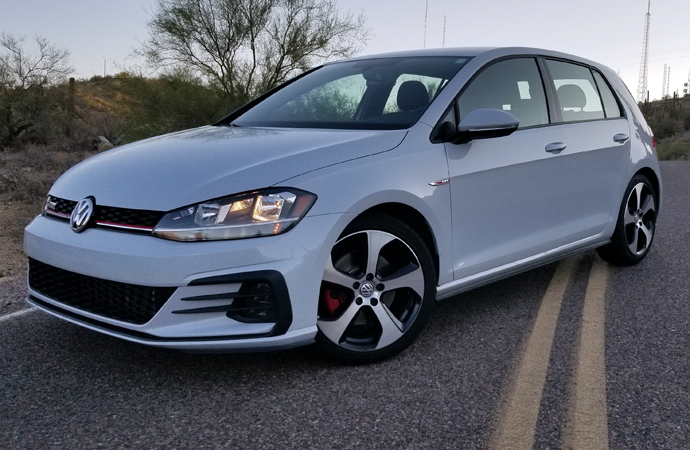 Be Leery About 1 Owner Lease Vehicles

Two GTI’s that would eventually shift my interest towards a new car were brought in from out of state. Both low mileage, one owner lease vehicles looked to be very promising options. One from Pennsylvania, the other from Tennessee. Living in Massachusetts, it didn’t dawn on me at first as to how and why these two GTI’s made their way up to the Northeast. While the CarFax was clean and both Certified Pre-Owned, quickly the same cosmetic issues that made me walk away from the first car, became apparent almost instantly. One had significant curb rash, with a chunk of the tire on the outside wall missing. I’m not a mechanic, but judging from the severity of the curb rash, it wouldn’t have surprised me if the GTI would have needed a realignment.

While the CarFax didn’t specify whether both were auction cars that were purchased by local dealers, it could have certainly been the case especially in the condition both were in. Lease vehicles aren’t always clean or taken care of by their owners, which is why even with lower mileage, you have to be on the lookout for mechanical issues and cosmetic damage.

While I could have overlooked some of the minor things, I wanted a clean car. It became evident after weeks of searching that buying used just wasn’t going to work out. Despite having a few more horror stories, this time trying to secure a brand new Rabbit Edition GTI, I can truly say I’m happy with my decision to go new. Yes, I could have found a more fun car with all the features I wanted, but after a few months of ownership of my Cornflower Blue GTI, I have absolutely no regrets.

I hope some of my experiences and some of the things I dealt with help with your car buying process. More experienced professionals who’ve purchased numerous cars in their lives probably have a much longer list of what to look for, but if you’re a young car buyer with limited resources and connections to acquire the car you want, these three basic things to watch out for will steer you in the right direction, and most importantly will keep you away from getting taken advantage of.

The post Certified Pre-Owned and Clean CarFax Can Be Deceptive appeared first on Boston Auto Blog.